Long-running PHP operations like data import may consume a considerable amount of memory during execution. However, in some cases, a significant amount of available memory is not used.

The following chart represents a memory consumption profile for a long-lasting PHP operation. 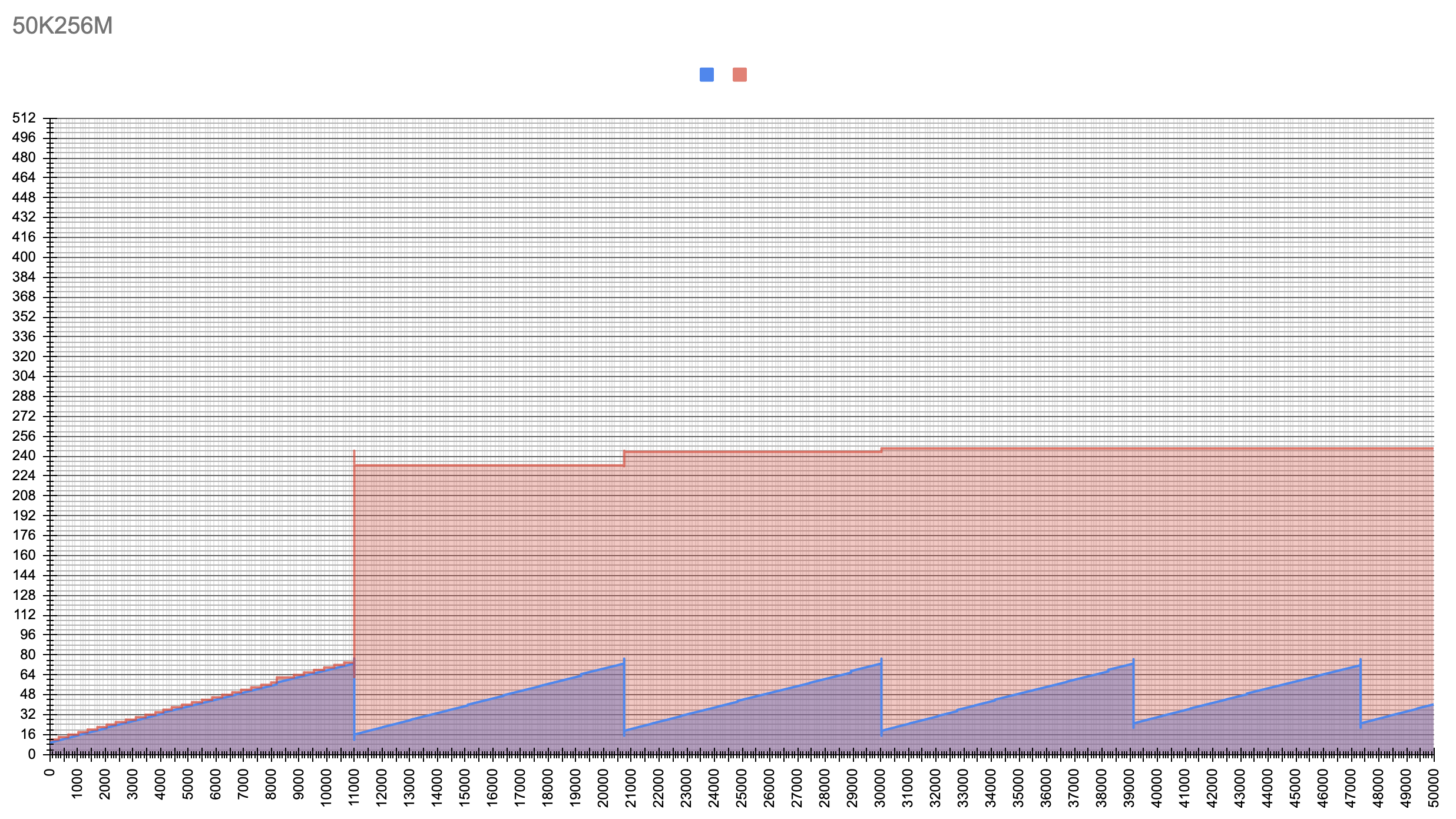 For bulk data imports we used to define batch size, like 2000 or 5000 items. On the prior image, memory consumption reaches the level that corresponds to the batch size, which leaves a lot of unused memory.

To use the memory more efficiently the batch size is now calculated based on the amount of memory available for current thread. When memory is full by some threshold value, processing of the current batch is performed.

The algorithm uses the following variables:

Implementation is based on principle of gradual calculation of memory threshold. Before reaching a hard threshold of memory limit, a program passes a configurable number of soft thresholds. More memory is allocated as a program reaches a soft threshold.

Graduality factor is a number that defines how many steps a program needs to take before a maximum allowed memory usage is reached.

The larger the graduality factor is, the more approximation steps the program takes, and the higher the accuracy is. A smaller gradually factor calculates the memory limit faster but with less accuracy.

Memory threshold percentage is an integer that defines the percentage of available system memory that can be used for data import.

This is a protection from consuming all memory and crushing the program. 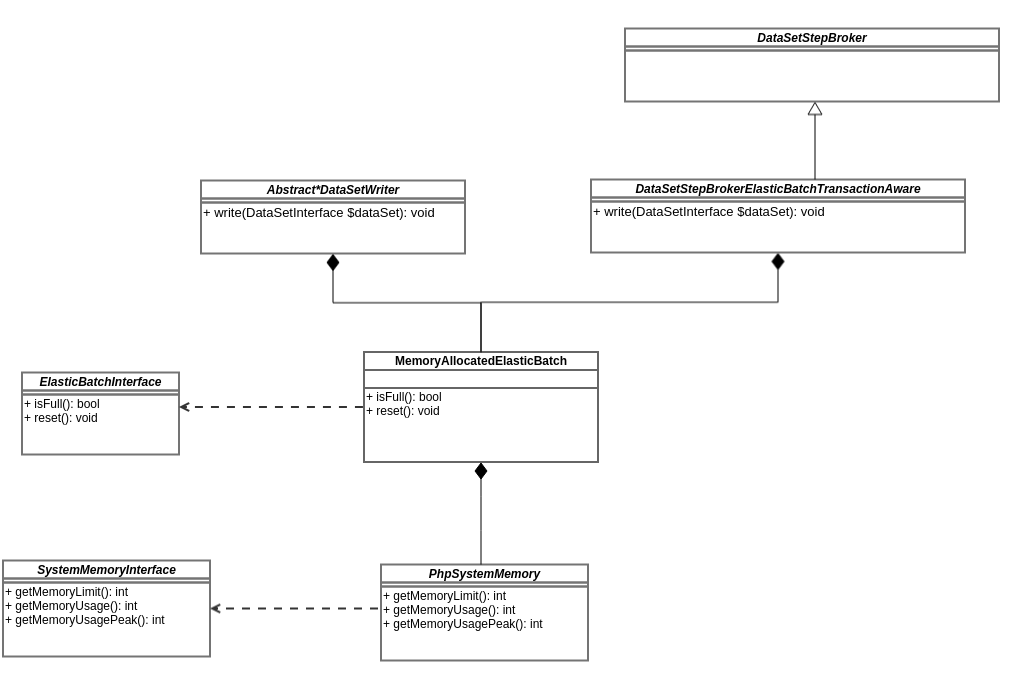