Implementing OMS processes can be challenging when they are complex, or requirements are not trivial. This can lead to hidden issues which are hard to debug. An example of such issues is race conditions.

In some cases, OMS works incorrectly. In most cases, a correct flow can be run successfully, but the first run of a wrong path might reveal a problem. In other cases, there might be known limitations that can lead to incorrect transitions. There can also be cases that are valid but should be rewritten into a better readable process. If you discover more edge cases, please send those to our support team.

This article describes the most common issues with OMS design and how you can fix them.

More than one onEnter event from one state

Issue: If there is more than one onEnter transition event from state A, only one is executed.

Reason: This behavior will never be supported because there should always be only one state after an event execution.

Solution: If you have different commands, you can chain those: 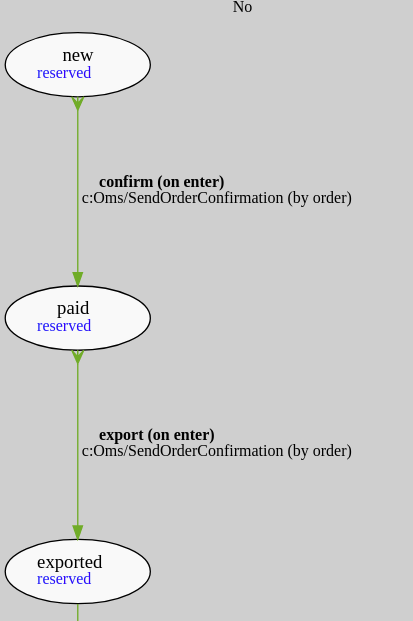 If you have the same commands, then one of the commands could get a condition: 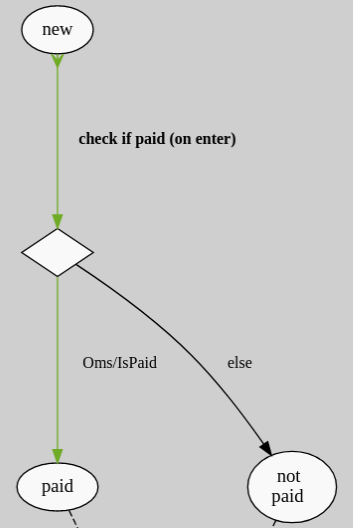 Issue: States with the same names are declared in several processes.

Reason: When a process or a sub-process is read, transitions are assigned to the from-state in the current process or sub-process. In case of several declarations, these will be different from-states.

Solution: Define states with unique names only. We recommend defining the state in the process which introduces it. You can define transition in other states.

Tip: Declare the state in the process where it has outgoing transitions.

Issue: Events with the same names are declared in multiple processes.

In the OMS drawing, you will see the last read event definition, but during the execution, any might be defined.

States with only outgoing transitions

Issue: There are many states with only outgoing transitions. 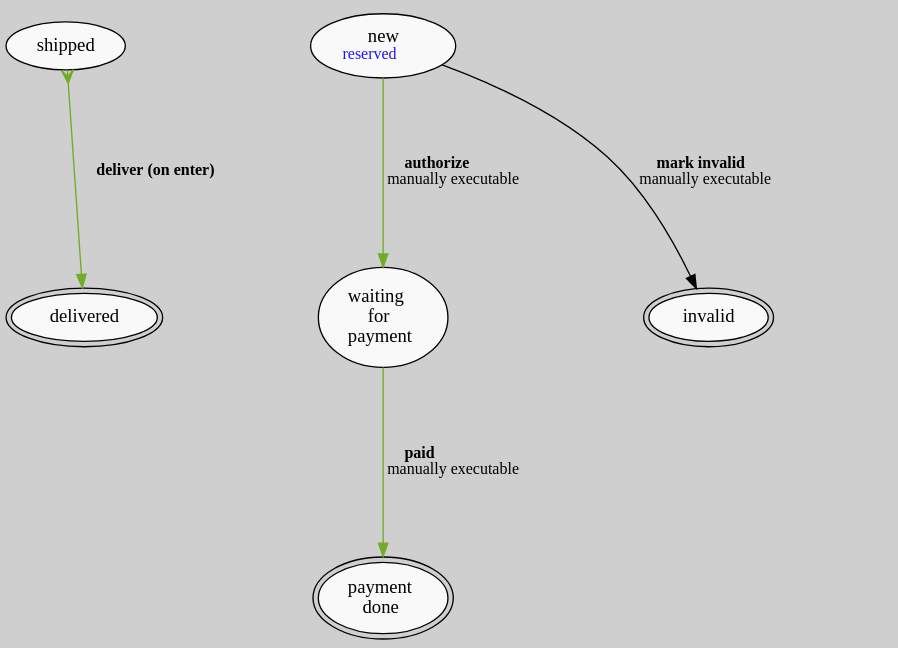 Reason: Function OmsConfig:getInitialStatus has only one return value, so it’s impossible to start from another “initial” state.

Solution: In most cases, this is a mistake, and the transition between some states is missing. Adding transition makes the process correct. For example, adding transition payment done → shipped with the ship event brings the whole process to a correct state. 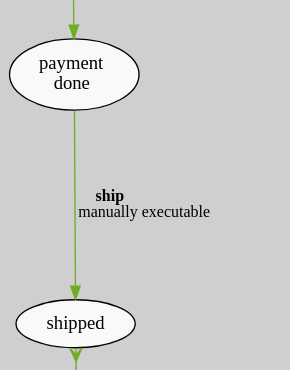 It’s possible to change order items’ state via a manual call, and this way, use the states without inbound transitions. On the one hand, this helps not to overwhelm the process with 10+ transitions to a cancellation process. On the other hand, though, this makes the process definition incomplete and, thus, this approach is not recommended.

More than one main process

Issue: Having more than one main process can lead to incorrect process rendering and execution: 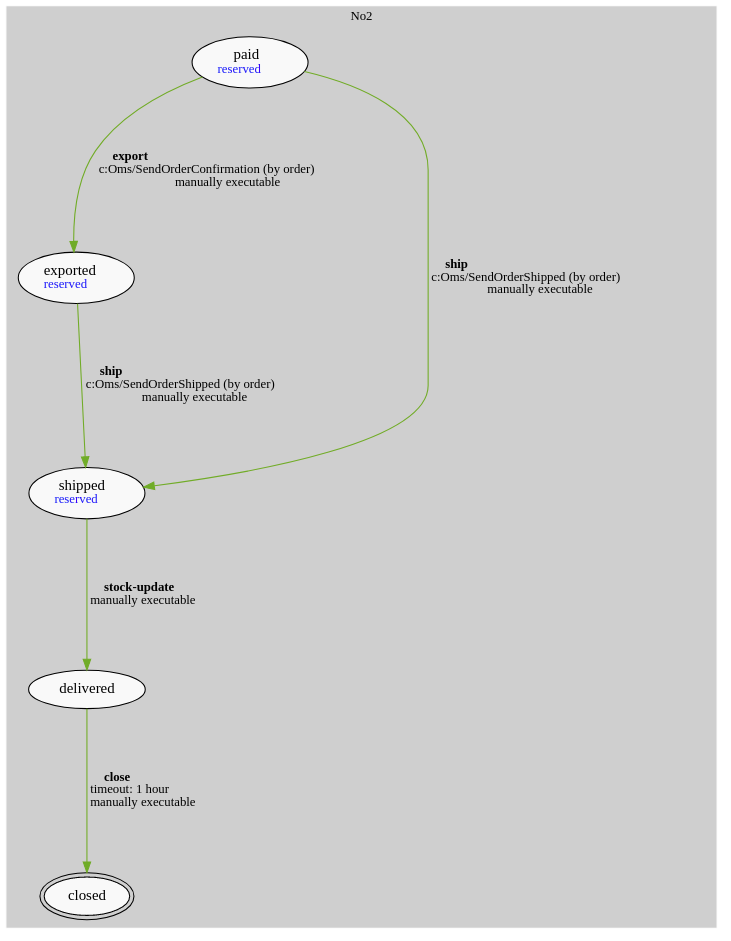 When placing an order, this issue entails an error like this one: 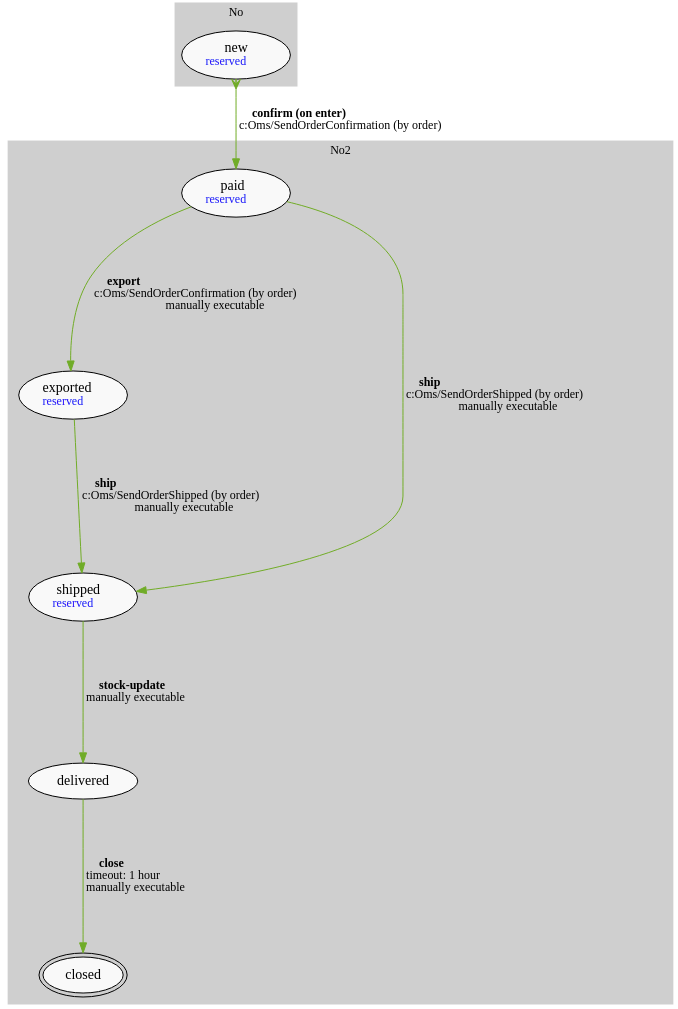 More than one transition with the same events and without condition

Issue: It’s impossible to guess which transition is expected, so the first one read is executed. 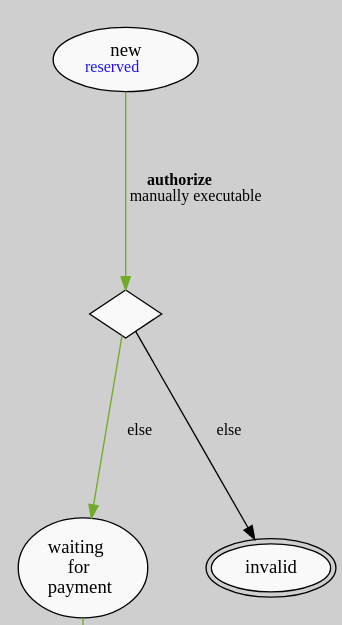 Solution 1: Add a condition to one of the transitions: 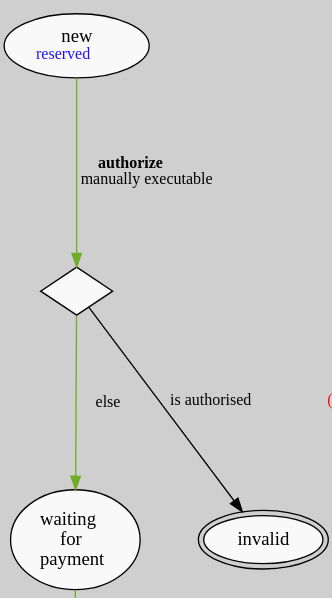 Solution 2: Change event on one transition: 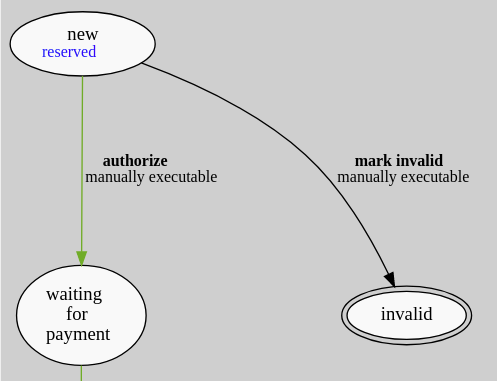 Conditional, timeout, and manual transitions mixture from the same state

Reason: Condition check and timeout execution happen in different console commands, and the order of the execution is not defined by the OMS but by a scheduler.

Execution of the manual event could also happen during the console command execution, and the resulting state of the order items, in this case, is unpredictable.

Use asynchronous break without command and condition 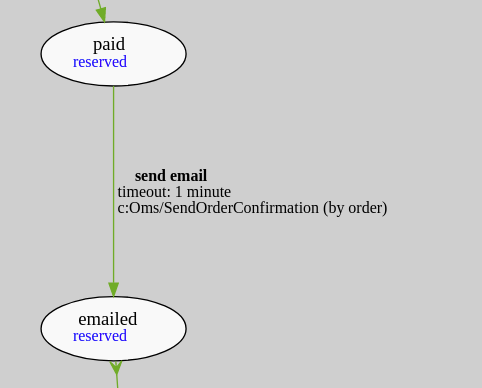 Solution: We recommend using an event (pause) without command and without condition. The event will not interact with the DB and will also be executed with the next run of the oms:check-condition command. 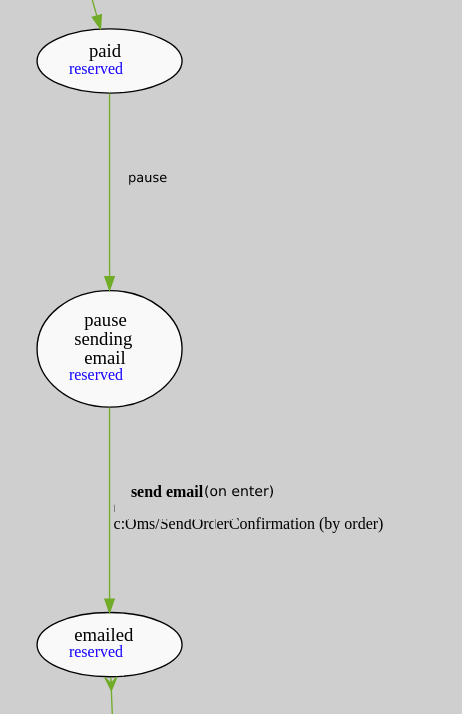 Not used events or states

Issue: Process contains a declaration of a state which is never used: 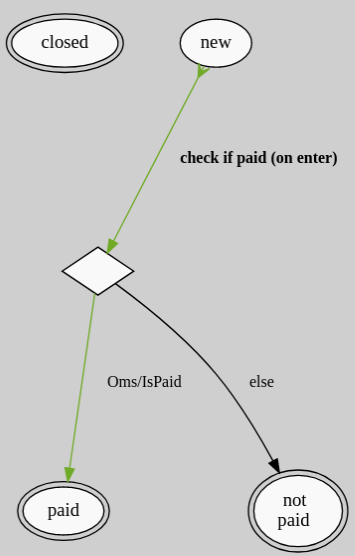 The unused state could have a missing transition.

Solution: Delete a state, or add a missing transition: 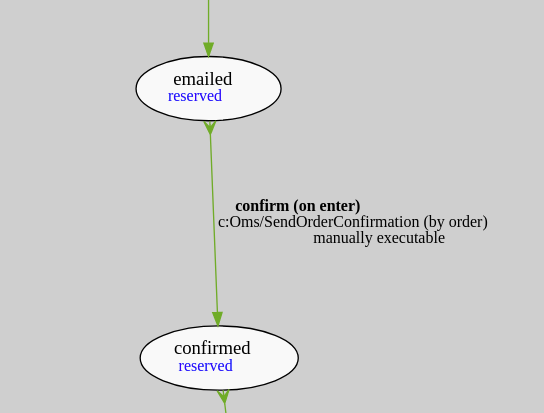 Event will not appear as manual unless the previous command execution fails with an exception.

Solution: Create separate transitions: one with onEnter command, the other with manual command.

Keeping both onEnter and manual command could only be used for backup for the failed automated execution of the onEnter command with a manual event.