When it comes to complex applications, deploying to production environments is not just going from version one to version two. This document describes the states that an application goes through during a deployment, potential issues, and what you need to do to avoid them.

A regular production pipeline contains the following steps. Highlighted in italic are the steps that may break or impact the application.

The following sections describe the potential issues applications can encounter during each step of deployment. To cover all the issues, we use pessimistic scenarios. During an actual deployment, an application is more likely to encounter one of the issues than all of them.

When no pipeline is running, a working application behaves as follows:

In this step, AWS builds the containers for the services that are going to be deployed. For the sake of simplicity, we use only Glue and Zed in our examples. 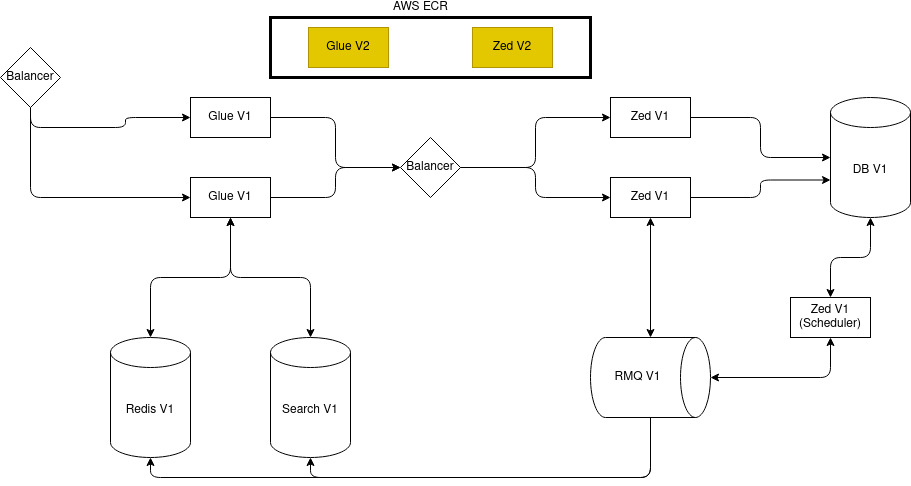 In this step, Rabbit MQ vhosts, users, and permissions are updated. Usually, they are updated rarely, but if they are, while they are being updated, the following may happen:

In this step, the following happens: 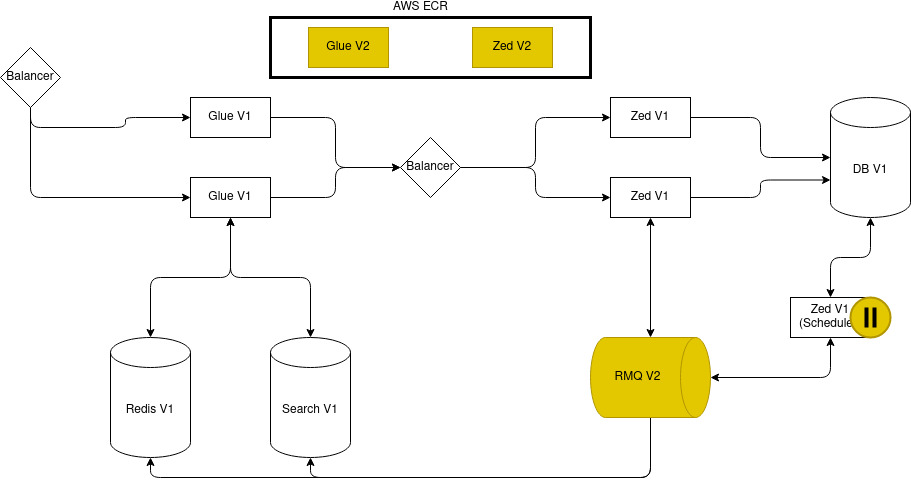 While the scripts you defined are running and the scheduler finishes the currently running jobs, requests keep coming in. For this duration, all the services that are in an updated state may respond incorrectly to requests:

In this step, scheduler V2 is deployed. Because the scheduler has been paused, it will not run against incorrect data or services.

Scheduler is based on the Zed container, as it uses the codebase of Zed. 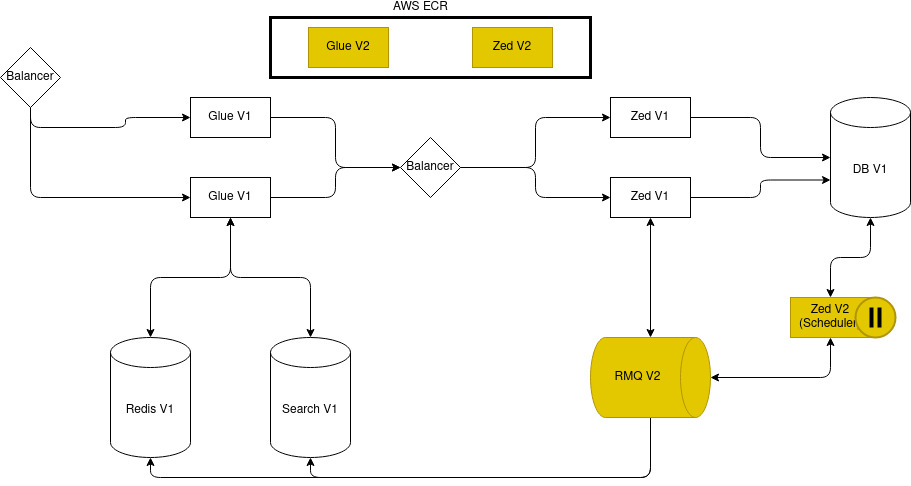 During this step, all the services in an updated state may still respond to requests incorrectly:

The script runs all the propel database migrations, so the database is updated to V2. However, Search and Redis are not, as the synchronization was “paused”. 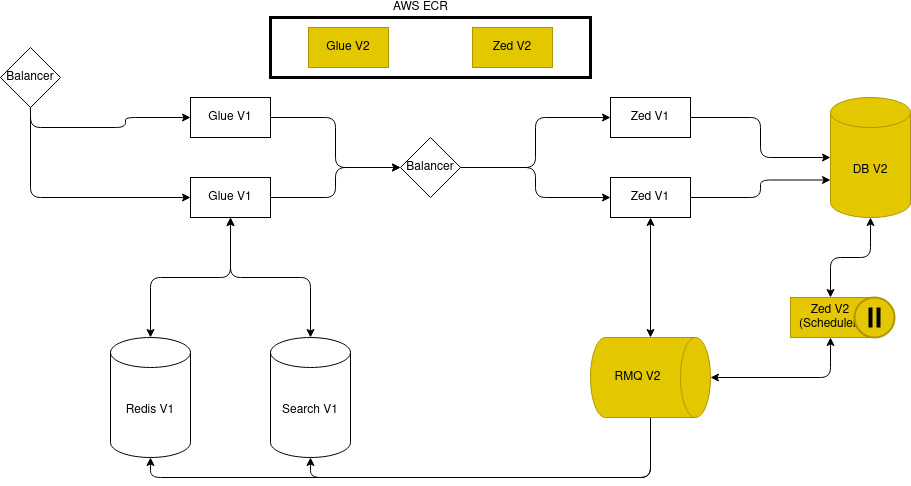 From this point on, all the V1 services that are communicating with the database may respond to requests incorrectly. For each request, it depends on what data was migrated. For example, Glue V1 retrieves information about a product from Redis V1 and Search V1. Then Glue V1 makes a request to the database to put the product to cart. If the product still exists in the database, it will be added to cart. Otherwise, this request will result in an error.

At the end of this step, the following command re-enables the scheduler and sets up new jobs:

The scheduler restarts queue workers and updates search and Redis.

Depending on the amount of data that needs to be processed, this process may take a while. While Redis and search are being updated, they may process requests incorrectly:

In this step, services of V2 are deployed. In our example, Zed V2 and Glue V2.

For the sake of simplicity, let’s assume that Redis and search are done updating. The asterisks on the schema serve as a reminder that it may not be the case. It depends on the size of the migration. 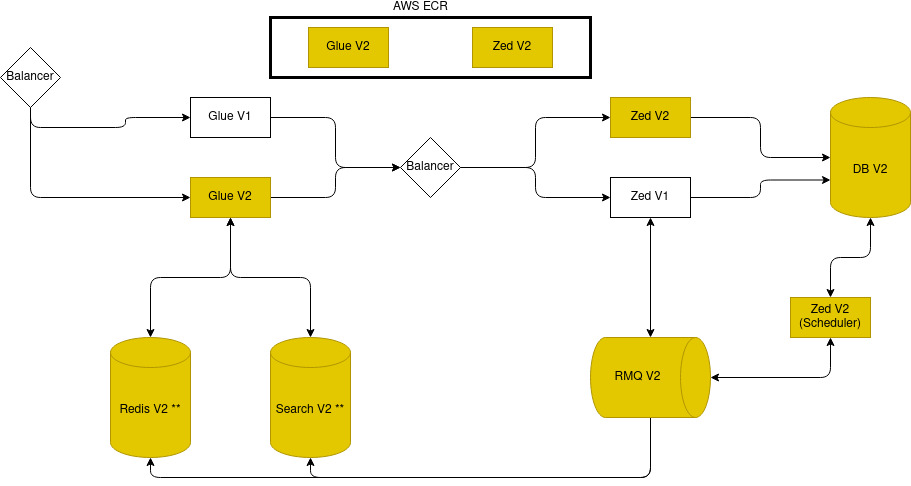 The services are deployed as follows:

Since this process is uncontrollable, there is a potential timeframe in which the application may run services of V1 and V2 in random combinations. When a service of V1 communicates with a service of V2 or the other way around, it may result in an error.

Pipelines do not eliminate all the issues related to CI/CD. Since there is lots of space for potential issues, we recommend dividing your updates into smaller chunks. Smaller updates take less time to be deployed, which reduces the timeframe during which issues can occur.

Another powerful technique we recommend is feature flags. They let you enable updates after they are deployed. This entirely eliminates the potential risks related to deployment.